Excerpt: Inevitably, his thoughts quickly returned to Felina . . . She was far and away the most attractive and alluring girl who had ever reciprocated his attention. 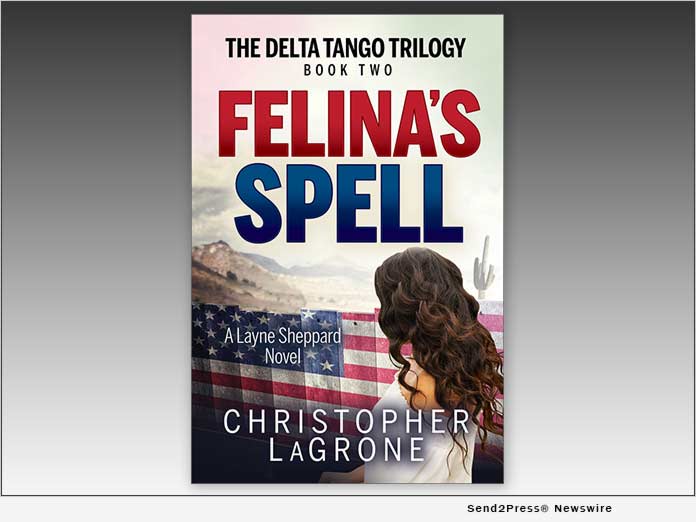 The question to be answered is: Can Layne make the grade as a full-fledged border agent and win the love of Felina Camarena Rivera? Or will he meet his demise in the field training gauntlet that awaits? Will his serious drinking problem undermine all that he is pursuing? Is their relationship destined or doomed?

After reading “Felina’s Spell” and its companion novels, Coel also commented: “The Delta Tango Trilogy is a heartbreakingly honest tale of the lives that intersect and are forever changed along our bleak and dangerous southern border.”

Once a Border Patrol agent himself, LaGrone draws on his own experiences as a recruit, field trainee and border agent to create a border saga unlike any previously published immigration-themed novel. What distinguishes it, as Felina’s Spell shows so well, is that it looks at border enforcement from the perspective of the line agent, humanizing it in ways not previously portrayed.

The Trilogy will be completed when Book 3: “Moments of Truth” is released in December 2021.

LaGrone died of altitude sickness in the Andes in December 2018. For the story behind these books as related in the “From Tragedy to Trilogy” video, Go to: YouTube, Tragedy to Trilogy at https://youtu.be/Q2CFgKPek3o.

For more information about The Delta Tango Trilogy, visit https://deltatangotrilogy.com/.

More About This Title:

A native Coloradan, Christopher LaGrone pursued his goal of becoming a published author after service as a U.S. Border Patrol Agent in southern Arizona, the setting for The Delta Tango Trilogy. Christopher died unexpectedly of natural causes at age 41 in 2018. His mother, Sherryl LaGrone, is fulfilling her son’s dream by publishing his books.