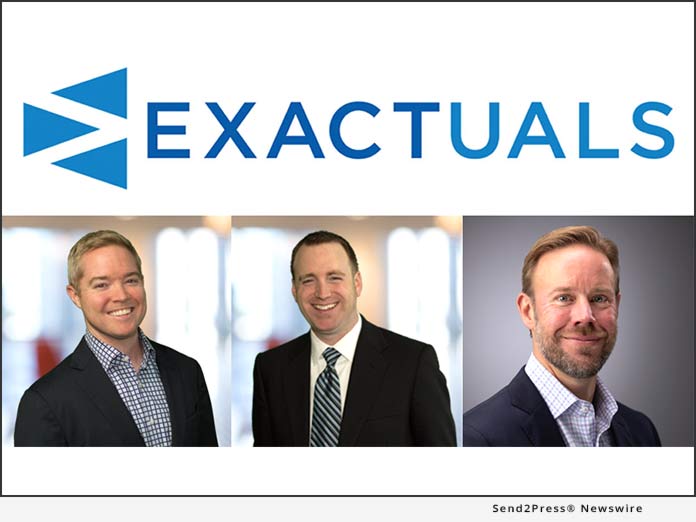 LOS ANGELES, Calif., May 29, 2019 (SEND2PRESS NEWSWIRE) — Today the EraNova Institute issues a business alert: “Showbiz shows a better way to pay.” EraNova’s Director and author of the report, Dick Samson, says, “For non-employees in entertainment and insurance, getting the money due you has often been a chore. Now, for the likes of Tom Hanks and Lady Gaga, it’s more of a breeze; and soon may be for everyone involved in insurance.”

For decades complexity has been a sore spot in both industries, according to the alert. Then in 2011, Mike Hurst and Jason Hiller established Exactuals, LLC in Los Angeles.

Focusing initially on entertainment, their objectives were clear. “We wanted to get rid of the millions of tiny payment checks,” says Hurst. “So we built a model to accomplish that and more, saving studios, unions and other entertainment entities a tremendous amount of time and money.”

Hurst and Hiller also attacked the issue of fair compensation. “Musicians and composers were losing about $2 billion per year in unpaid royalties,” says Hurst. “This was due to irregularities such as confused coding embedded in digital media.”

Their solution was PaymentHub, an automated software-as-a-service (SaaS) platform. “It’s designed to help large enterprises pay thousands of non-employees who are compensated through multiple means such as commissions, royalties, and residuals,” says Hiller.

Then the company went through growth pains that can now profit the insurance industry:
* Raised $20.6 million.
* Used the money for development, trials, and deployment with film and TV studios, unions, music labels, publishers, and payroll companies.
* Secured large industry players like SAG-AFTRA, the union representing film and TV actors and other showbiz professionals worldwide.
* Delivered new efficiency. For example, all of SAG-AFTRA’s 160,000 members can now have their residuals deposited directly into their bank accounts.
* Increased visibility and trust by making statements accessible online.

According to an insurance executive who is evaluating payment technology, “Our industry is only marginally better off than entertainment before Exactuals. There are fewer paper checks than there used to be, and some carriers consider themselves technically advanced. But it’s a hodgepodge. There’s a lack of standardization and grey areas where information gets sidetracked.”

“The entertainment industry is living proof that a fully-functional, high-tech digital system really works,” the executive continues. “It has the potential to supercharge all complex payments in our $5 trillion industry.”

STEP 1: In August 2018, Exactuals was acquired by RBC’s US banking arm, City National Bank, long known as “the bank to the stars.” City National provides Exactuals with deep pockets for expansion and potential customers in all industries (including insurance).

STEP2: In September 2018, Exactuals hired finance and insurance veteran Andrew Mauritzen as CFO. According to a company statement, “Mauritzen will now spearhead entry into the insurance market, adapting Exactuals’ best-in-class payment and royalty technology to streamline insurance commissions, refunds, and claims payments while establishing partnerships with insurance carriers and brokerages.”

There are many “fintech” and “insurtech” suppliers but no known competitors offering the breadth and depth of Exactuals’ payment services for large organizations.

In specialized niches, however, big change appears afoot, Samson reports. In May, 2019, JP Morgan announced acquiring health-care payments firm InstaMed, which automates medical billing in the $3.5 trillion U.S. health-care market. “This deal shows that banks view the fast-changing world of payments as a space they need to be active in.”

The full report is available at: https://medium.com/eranova-institute/insurance-industry-alert-showbiz-shows-a-better-way-to-pay-ff1b40f47447

The EraNova Institute is a small think tank with a big mission: helping selected changemakers implement their solutions faster, ushering in an advanced, sustainable future. Learn more at: https://medium.com/eranova-institute.

This press release was issued on behalf of the news source, who is solely responsible for its accuracy, by Send2Press Newswire. To view the original story, visit: https://www.send2press.com/wire/showbiz-shows-a-better-way-to-pay-insurance-industry-alert-issued-by-eranova-institute/ 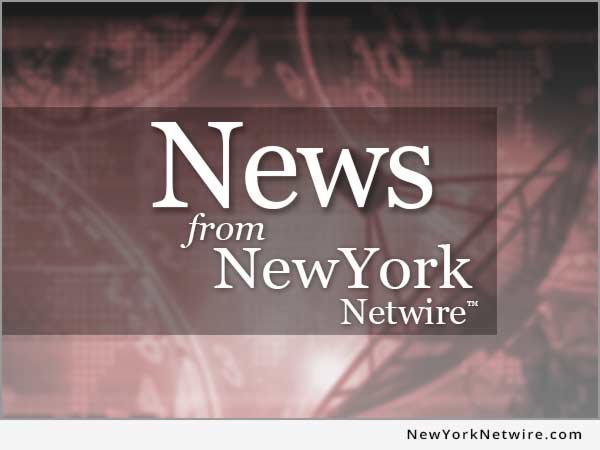