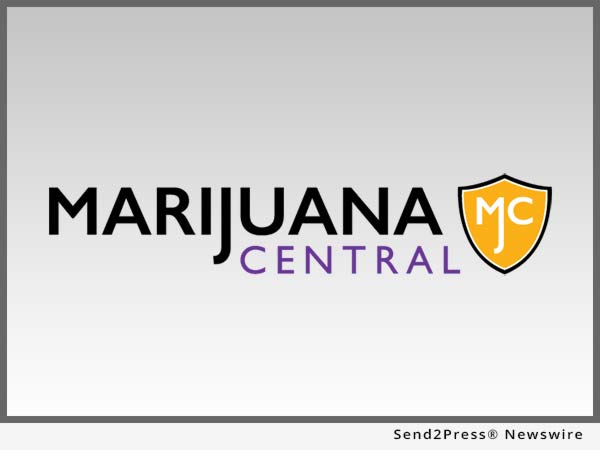 DENVER, Colo., Jun 13, 2016 (SEND2PRESS NEWSWIRE) — Marijuana Central has seen incredible growth in the past six months and now receives over 300,000 unique visitors per month. Company founder Korban Stone says, “We have not done any marketing yet, but we continue to see the number of visitors rise.” He plans to begin advertising and marketing the site and last month the website began to monetize by accepting listings from marijuana related companies. “We’ll be investing our revenues into driving more traffic to the site. I don’t see this growth trend ending any time soon as this is just the beginning of this industry and we’re positioned to grow with it.”

Stone believes that Jack Herer, father of the marijuana movement, would be somewhat pleased with the industry’s progress since his passing. Cannabis businesses are taking off as he and fellow activist “Captain” Ed Adair envisioned when they set out to Help End Marijuana Prohibition (H.E.M.P.). These two activists realized before the Internet era that information was the key to legalization because of the many benefits of the plant.

Korban Stone created his site – MarijuanaCentral.com – because of his love of freedom and absolute disgust of what he saw as a violation of people’s Fourth Amendment. As a computer expert he created technology that he later patented to help people pass drug tests. He called the product, The Drug Test Calculator, and it has helped countless people.

Wanting to get more insight into this emerging market, Stone created polls on his website to learn from the people who visited. Stone got thousands of his visitors to participate and was shocked by some of the results. He found that more marijuana users claimed to use cannabis for spiritual purposes more than medical. “Those results made me rethink the whole website in relation to the industry.” The site is now more of a marijuana-lifestyle community, boasting several mobile applications for iOS and Android.

It has to be acknowledged that one of the fastest growing industries in the U.S. is the cannabis business. Famous celebrities no longer find it controversial to admit to having smoked marijuana. For example, Jimmy Kimmel, Bill Maher and Brad Pitt have all admitted to having tried marijuana if not outright advocating for it like Woody Harrelson. Even Presidents Bush, Clinton and Obama have admitted to smoking marijuana. In the 1980s a highly qualified Supreme Court nominee lost that job opportunity because he admitted to trying pot in college.

Times are changing and marijuana for medical, industrial and recreational purposes are expanding. One state after another is legalizing marijuana in some form. This is taking place internationally as well as on Indian Reservations in the U.S. where each sovereign nation can now choose their own stance on cannabis use. Like the Gold Rush of the 1800s, individuals and businesses are migrating to take part in this “Green Rush.” People are moving in vast numbers to legal states to be involved in the rapidly growing marijuana business.

Marijuana lifestyle companies seem to be the vogue. MarijuanaCentral.com has set itself apart by driving so much organic traffic to their site by offering free technology to the visitors of their site. The company is using the agile method of development and for that reason the layout of the site has seen rapid development over the past year as they are constantly trying to improve the UX/UI, user experience/user interface.

Company executives are finding that marijuana dispensaries listing with Marijuana Central, whether for medical or recreational purposes, are getting 20 new clients per month from the site and they expect that number to grow because of the site’s recent exponential growth. Marketing Manager Daniel Diaz says, “We are not as big as some companies out there, but we are reasonably priced and our clients like the customer service we provide.” He continued, “Where we beat the competition is on price per new client.”

The early HEMP activists were covered in tie-dye when they met at their hemp rallies and now there are marijuana conventions filled with guys in suits who fly thousands of miles and pay high prices to attend these conferences to meet fellow entrepreneurs. As Jack Herer wrote in his heroic manuscript, “The Emperor Wears No Clothes” – the marijuana conspiracy and how hemp became prohibited, this plant can save the planet. His theory was that marijuana made just about everything that fossil fuels made and it was prohibited to help the petro-chemical industry. Not only did he say that cannabis was medicine, be he also popularized the idea of bringing back hemp for fuel, fiber and food. Now 30 years later all of these hemp industries that he and Captain Ed envisioned exist and are creating jobs.

This press release was issued on behalf of the news source, who is solely responsible for its accuracy, by Send2Press Newswire. To view the original story, visit: https://www.send2press.com/wire/marijuana-is-central-to-the-future-economy-and-new-companies-are-growing-like-weeds/