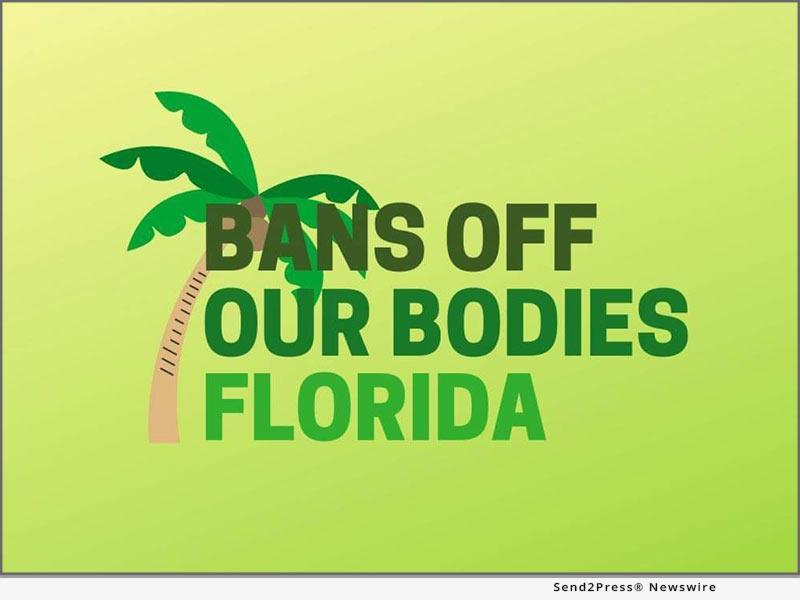 WEST PALM BEACH, Fla., Aug 24, 2022 (SEND2PRESS NEWSWIRE) — Thousands of people this weekend are expected to March on Ron DeSantis, the Capitol and the Supreme Court of Florida, Bans Off Our Bodies Florida announced today. Fed up with the way that the Republican government is treating their rights, they are prepared to show the governor their displeasure with numbers.

What: Thousands to March on Governor’s Mansion

“I think that the consistent insults that come from Tallahassee have worn down the patience of the people of Florida,” Laura Lippo, one of the organizers said of the March, “and they are ready to show Ron that attacking our bodily autonomy is the last straw.”

“Our main message is that he, and his fellow lawmakers, need to make a declaration, with actions to match, that they will support the people of this state under no uncertain terms by declining all legislation that prevents the right to choose.” Laura concluded.

DeSantis has continued to uncharacteristically remain relatively quiet on the subject, only saying that he would, “work to expand pro-life protections.” Most political scholars feel this is to avoid the election year controversy that largely favors the opposing view.

The peaceful protest on Saturday is pressuring the governor to make his stand.

“The constitution of Florida states, ‘Every natural person has the right to be let alone and free from governmental intrusion into the person’s private life’,” Emmie Reed, another organizer of the March said, “what we are asking of Ron DeSantis is to enforce our Constitutional rights.”

Bans Off Our Bodies Florida is a campaign led by abortion rights supporters. It is a movement for reproductive rights and healthcare with rallies across the state which are intended to send a message loud and clear: All people deserve access to abortions when they need it and in the communities they live in.

This press release was issued on behalf of the news source, who is solely responsible for its accuracy, by Send2Press Newswire. To view the original story, visit: https://www.send2press.com/wire/thousands-expected-to-march-on-desantis-this-weekend-for-reproductive-rights/