NEW YORK, N.Y. /NEW YORK NETWIRE/ — American Friends of POLIN Museum of the History of Polish Jews, Inc. is pleased to announce the naming of the position of Chief Curator of POLIN Museum’s Core Exhibition, thanks to a generous gift from Ronald S. Lauder.

American Friends would like to congratulate Professor Barbara Kirshenblatt-Gimblett, who will hold this position. 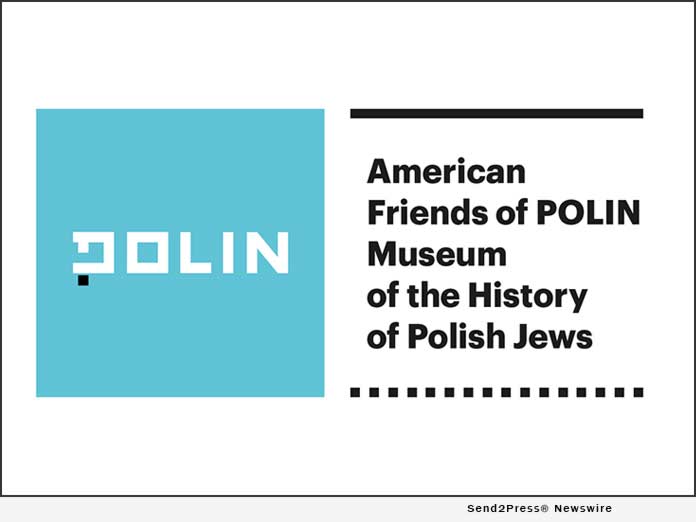 In making this gift, Mr. Lauder affirms the importance of the position of Chief Curator to the integrity of POLIN Museum’s Core Exhibition.

Ronald S. Lauder, the first major donor to POLIN Museum, has been a great supporter of POLIN Museum’s mission since its inception. Thanks to his generosity in recent years, POLIN Museum has acquired exceptional examples of Jewish ceremonial art, as well as a major painting, for the Core Exhibition.

As Ronald S. Lauder Chief Curator, POLIN Museum Core Exhibition, Professor Barbara Kirshenblatt-Gimblett brings world-class scholarly expertise and international museological experience to the position and is the best qualified and most trusted to present the exhibition to the general public, scholarly world, museum profession, and potential donors through high-profile lectures and respected publications, as well as in meetings and media.

Starting in 2006, Professor Kirshenblatt-Gimblett led a team of scholars, curators, and designers responsible for developing the Core Exhibition of POLIN Museum of the History of Polish Jews. Together they created a one-of-a-kind multimedia narrative exhibition. The Core Exhibition, which opened in 2014, has already been visited by 1.7 million people from around the world. Thanks to its outstanding Core Exhibition and supporting programs, POLIN Museum has received many national and international awards, including the 2016 European Museum of the Year Award and 2016 European Museum Academy prize.

About American Friends of POLIN Museum of the History of Polish Jews, Inc.:

American Friends of POLIN Museum of the History of Polish Jews, Inc. is a 501(c)(3) non-profit organization based in the United States, which supports the development of POLIN Museum and its world-class programs with its founder, the Association of the Jewish Historical Institute of Poland.

The Association of the Jewish Historical Institute of Poland is the strategic partner of the American Friends of POLIN Museum in Poland. We support initiatives that preserve and promote legacy of Polish Jews, and help build bridges through time, space, and amongst people. We work to educate the public at large about the history of Polish Jews. Together we are safeguarding the legacy of Polish Jews.

Professor Barbara Kirshenblatt-Gimblett is University Professor Emerita and Professor Emerita of Performance Studies at New York University. She was honored for lifetime achievement by the Foundation for Jewish Culture and received the Yosl Mlotek Prize for Yiddish and Yiddish Culture, honorary doctorates from the Jewish Theological Seminary of America, University of Haifa, and Indiana University, and the 2015 Marshall Sklare Award for her contribution to the social scientific study of Jewry. She was decorated with the Officer’s Cross of the Order of Merit of the Republic of Poland for her contribution to POLIN Museum.

Most recently she was elected to the American Academy of Arts and Sciences. An internationally respected scholar and museum professional, she serves on Advisory Boards for the Council of American Jewish Museums, Jewish Museum Vienna, Jewish Museum Berlin, and the Jewish Museum and Tolerance Center in Moscow, and is an advisor for museum and exhibition projects in the United States, Lithuania, Albania, and Israel. She is currently a judge for the European Museum Forum, which makes the European Museum of the Year award. Most recently she was awarded the prestigious 2020 Dan David Prize.

News Source: American Friends of POLIN Museum of the History of Polish Jews