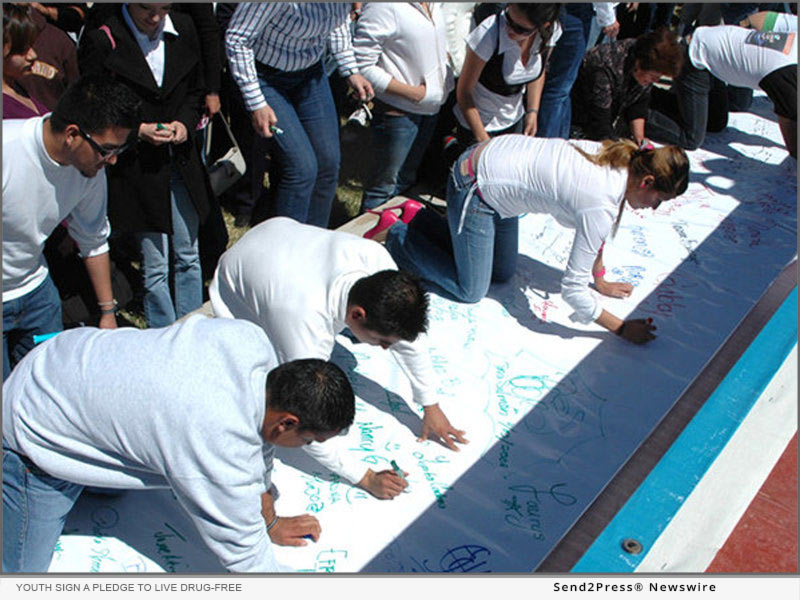 LOS ANGELES, Calif., Sep 20, 2022 (SEND2PRESS NEWSWIRE) — Fentanyl is a classic case of “what you don’t know can kill you.” Drug education and prevention have never been more important. Learn the truth about the deadly opioid fentanyl. And learn what you can do about it on the Scientology Network.

Centers for Disease Control and Prevention (CDC) estimates that some 108,000 people in the U.S. died of drug overdoses between February 2021 and February 2022. Of those, more than 70 percent involved fentanyl and other synthetic opioids.

A cousin to heroin, fentanyl is much deadlier because it is so much stronger – 50 times more potent than heroin, according to the CDC. A dose of only 2-3 milligrams can be fatal. That much of the drug would be smaller than the tip of a ballpoint pen.

A fine powder, fentanyl is easy to mix into other drugs. It looks identical to heroin, so users, injecting heroin laced with fentanyl, won’t know they’re injecting a lethal dose until it’s too late. In Connecticut, for example, 85 percent of drug overdose deaths involved fentanyl last year.

“Heroin and opiate addiction in America is a pandemic,” warned Steered Straight founder Michael DeLeon in a blog in June 2020. “I have used the word epidemic many times during this escalation of death, but we are at pandemic levels. The problem and the systemic danger to all of us is getting worse. We are facing a Synthetic Storm.”

Steered Straight is a nonprofit organization providing educational programs and materials to youth, families and communities across the country and around the world. DeLeon is the #1 booked drug prevention lecturer in U.S. schools.

“Parents ask me all the time what they can do to prevent their child from growing up to struggle with addiction. How can it be prevented?” says DeLeon. His answer is, you have to educate today’s youth to stay on the right path when it comes to serious life issues, especially drugs.

In an episode of Voices for Humanity on the Scientology Network, DeLeon describes how he was searching the internet for materials that would really get across to kids. He found the Truth About Drugs initiative of Foundation for a Drug-Free World, and realized “this is it!” These materials were exactly what he needed. What’s more, the Foundation’s materials were absolutely free.

Foundation for a Drug-Free World makes its materials available free of charge to anyone wishing to use them to educate others on the truth about drugs, thanks to the support of the Church of Scientology and Scientologists.

“No matter how you look at it, fentanyl is deadly,” says Jessica Hochman, Executive Director of Foundation for a Drug-Free World. “The worst thing about fentanyl is that dealers are mixing it in other drugs, so buyers don’t even know what they are getting until it’s too late.”

“The only solution is to educate youth, so they don’t start taking drugs in the first place. It’s not how to safely take drugs. It is how to empower youth with confidence that they are doing the right thing in not taking drugs period.”

Foundation for a Drug-Free World is a Los Angeles-based nonprofit public benefit corporation that empowers youth and adults with factual information about drugs so they can make informed decisions and live drug-free.

“We are increasing our efforts,” says Hochman. “And we ask that others help us in our mission to teach the truth about drugs.”

Watch Michael DeLeon’s episode of Voices for Humanity on the Scientology Network.

The Scientology Network is available on DIRECTV Channel 320 and can be streamed at Scientology.tv, on mobile apps and via the Roku, Amazon Fire and Apple TV platforms. Since launching with a special episode featuring Scientology ecclesiastical leader Mr. David Miscavige, Scientology Network has been viewed in 240 countries and territories worldwide in 17 languages.

This press release was issued on behalf of the news source, who is solely responsible for its accuracy, by Send2Press Newswire. To view the original story, visit: https://www.send2press.com/wire/scientologists-say-knowing-the-truth-about-fentanyl-can-save-lives/