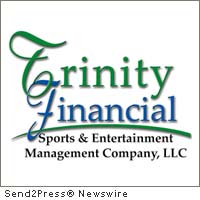 WALL, N.J. /New York Netwire/ — David Walker, former Comptroller General of the United States, will team up with market commentator Peter Grandich and his Trinity Financial Sports & Entertainment Management Co. to promote The Comeback America Initiative (CAI) and No Labels – organizations, both of which Walker is a founder, aimed at helping bring America back to the common sense principles upon which our country was founded.

According to Walker, “America is at a critical crossroads and the choices that we make and paths we take within the next several years will largely determine whether our collective future will be better than our past. CAI and No Labels will work to help make sure that elected officials make the right choices for our country and our families.”

“I have long been a fan of Dave Walker’s work and values, praising him for trying to bring real fiscal accountability to America,” says Grandich. “Dave Walker is a financial prophet of the 21st century who has played a critical role in my analysis, including my recommendation to short the market in late 2007.”

Grandich says he gave that advice – it was only the third time in nearly three decades that he suggested shorting the U.S. stock market – after seeing Walker interviewed on “60 Minutes.”

“Walker was Comptroller General of the U.S. and head of the General Accountability Office (GAO) for about 10 years. In essence, he was our Chief Auditor. If the audit partner of a Fortune 500 company told you the company was insolvent and was headed for debt way over its head, would you pay close attention? Certainly. That’s what Walker has been saying and American needs to listen.”

Grandich says that by aligning with Walker to help promote his two non-profits, he will be encouraging the celebrity athletes and entertainers with whom he is associated to actively support Walker’s causes.

About the Comeback America Initiative: The mission of the non-partisan Comeback America Initiative is to promote fiscal responsibility and sustainability in order to achieve solutions to America’s fiscal imbalances. Their vision is clear and simply idealistic: “Keep America great and the American Dream alive for future generations.” For more information, visit the organization’s website at www.tcaii.org .

About No Labels: The No Labels Movement was born out the desire for American lawmakers to put aside their partisan politics and do what is right for America. The non-partisan group encourages a return to the essence of our beliefs including a government and political system that works – driven by shared purpose, common sense and progress over partisanship.

As their website states so clearly, “We are Democrats, Republicans, and Independents who are united in the belief that we do not have to give up our labels, merely put them aside to do what’s best for America.” For more information, visit the organization’s website at www.nolabels.org .

Copyright © 2011 New York Netwire™ and Neotrope®. NewYorkNetwire™ is a news publication of the Neotrope News Network and a trademark of Neotrope – all rights reserved. NEWS SOURCE: Peter Grandich