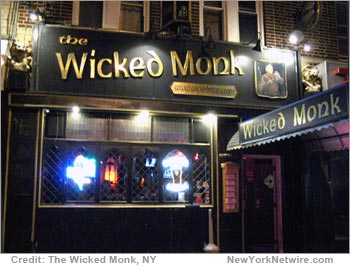 ARTICLE: Brooklyn is the most populated of the five boroughs and it has always been a melting pot because of its cultural diversity. And, music follows suit. Brooklyn is fast becoming a thriving destination for cultural events, dining and ethnic-driven festivals that display what Brooklynites have known for decades… Brooklyn is the city’s heartbeat.

And, a growing younger generation is contributing to Brooklyn’s burgeoning eclectic music scene and nightlife; cool music venues can now be found in every neighborhood.

Brooklyn has always been about the working man and the music scene reflects that. From large outdoor venues in the parks and waterfront areas to funky, late-night haunts, there is something for everyone…or at least for those of you who ain’t afraid to experience what Brooklyn is all about…Fuhgeddaboudit.

Three Music Venues Top the Charts
By no means is this list going to display the musical diversity in this borough, but it will give you a glimpse of what you may hope to find.

Union Hall: Our musical tour starts in the Park Slope section of Brooklyn. This venue has more than 5,000 square feet and really highlights what Brooklyn is all about. It offers great music and delicious food; locals love this place. The “New York Press” says Union Hall, “Offers downtown style mixed with Brooklyn’s trademark down-to-earth friendliness.”

The music is as diverse as its awesome menu and people that frequent this establishment. It even has two indoor bocce courts; a fireplace; library; and much more. Some recent bands include New York-based, Graphyt Blimp – combining rock edge with melodic transition; and Brooklyn-based Graveyard Lovers – a garage rock creation of craft lyrics and independent American rock n’ roll songs.  But you won’t only find rock, you’ll also find alternative, experimental, pop, country, soul and more.

The Knitting Factory: Next stop on the Brooklyn music train is in the Williamsburg section of Kings County. Long ago in Manhattan, the Knitting Factory became a must-hang dive located in the Alphabet city section of Manhattan. It has now crossed the bridge to the “other side” and they haven’t looked back. This dynamic hot spot has it all – cool acts of all types; excellent staff and plenty of area to jam and rest in between sets. And, this is an easy location to reach from other points within NYC.

Musical genres include: abstract hip hop, punk rock/powerpop, rock and roll, indie, funk and more. Past bands include: the Cute Lepers – proof that punk/power pop is still alive; Freezepop – an electropop group that is fast on its way to becoming a dance floor legend; and the Donkeys – a contemporary twist on the classic Beach Boys.

The Wicked Monk: And, what would a tour of Brooklyn’s music venues be without an Irish bar? Answer: Nothing. Our last stop on the tour takes us into the Bay Ridge area of Brooklyn which is known for churches, baby carriages, bars and pizza joints. It’s also a great place to listen to your favorite live music. It’s easy to reach and also a very safe neighborhood. And, like most NYC Irish bars, it has darts, a pool table and of course…cold beer of all types. Local bands rule this roost and it’s usually standing room only. You’ll find many solo artists singing rock, folk, Irish music and country.

Copr. © 2011 New York Netwire and Bryan Sullivan. Originally published on NewYorkNetwire.com. No payment or consideration has been provided by any venue mentioned in this article.