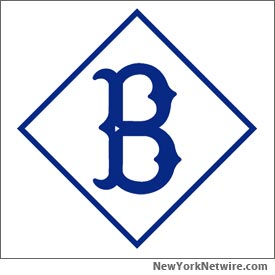 ARTICLE: While the days of five cent hotdogs and 10 cent sodas may be long gone, the wishes that the Dodgers may someday return to Brooklyn are far from history.

From the team’s humble beginnings in 1890 to their last game in 1957, nobody who lived in Kings County, Brooklyn had a dry eye when the news hit that the Brooklyn Dodgers were leaving and morphing into the Los Angeles Dodgers. Traitors! And, it was only two short years after their only World Series title that they moved to Los Angeles. As a result, New York’s baseball scene would never be the same.

However, despite the facts, New Yorkers still like to dream. And while many have dismissed a move back to Brooklyn as illogical and immoral, there remains a large population of baseball fans who still like to talk about the big “what if.” What if the Dodgers returned to the many fans that have patiently been waiting for their boys of summer to grace Brooklyn once again?

Well, first off, a new location would need to be established because Ebbet’s Field, the original home stadium for “Dem Bums” (the hometown nick name for the Dodgers), is long gone. So where would the stadium be if our beloved Dodgers were to return home?

Coney Island…
Currently, Brooklyn’s Coney Island area is home to the Keystone Stadium where the Brooklyn Cyclones Play. They are a single A team for the New York Mets.  Robert Andreassen, a retired NYC school teacher and diehard Brooklyn Dodgers’ fan, believes that this area has room for the Dodgers to return to their roots.

“West of Coney Island is the ideal spot,” Andreassen says. “There is plenty of open land right on the shore and the new subway terminal at Stillwell Ave. is beautiful.”

Downtown…
Andreassen adds that while the site at Flatbush and Atlantic Ave. in downtown Brooklyn would have been perfect, it is now reserved for the Nets. This site is centrally located and right near the Long Island Railroad (LIRR), but since that ship has sailed, we have to focus on what is potential reality – west of Coney Island.

Dreams Never Die
Like many other lifelong fans, Andreassen remember this world-renowned franchise when it was in its hay day.

“When the Dodgers left, I was angry,” Andreassen says. “There is no mistaking that. In fact, I stopped following the sport all together. It’s like the Dodgers were the heart of Brooklyn and our heart had been ripped from us. It was not until about the 1970s or so that I started following baseball again. It was the Cincinnati Reds that got me interested in the game again; in some ways, they reminded me of the Brooklyn Dodgers. But, it’s still never really been the same.”

Despite broken hearts and a longing for a return to days gone by, the question of where the beloved “Boys of Summer” would swing their bats continues to linger. Conversations can still be overheard on front stoops, in local bars, in subway cars and even at dinner parties. Some dreams just never get old. Who knows? Maybe like the old saying goes, “Build it and they will come.” And, remember, conventional wisdom once said that the Dodgers would never leave Brooklyn. Who knows?