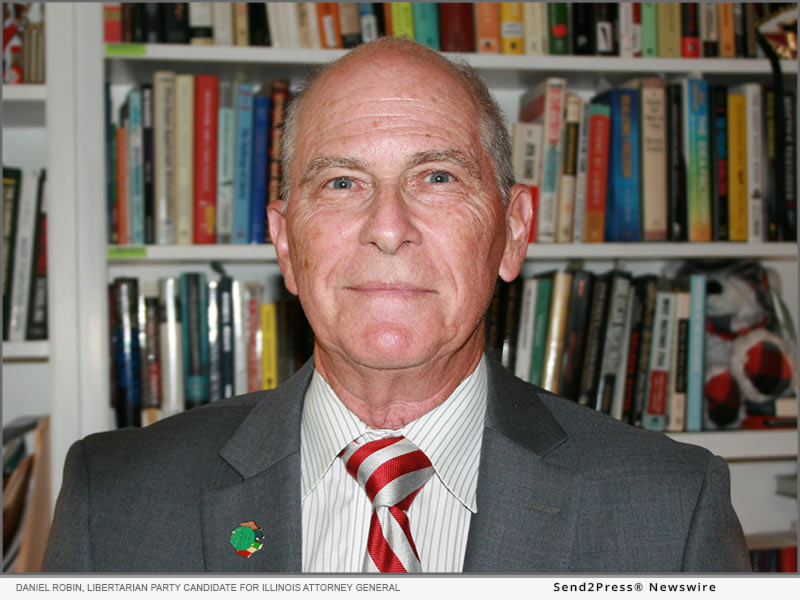 “President Biden’s student loan forgiveness executive order is illegal,” Robin says. “He lacks legislative authority. But, does anyone have standing to challenge it?”

Robin does. He plans to file suit against the loan servicers for fraud. Billing for the lower amount, when in fact the full amount is due, is fraud. Borrowers will incur extra interest and penalties if they follow the “misrepresentation” of the collection agencies.

In response to the President’s student loan plan, Robin issued the following statement:

President Biden’s August 24, 2022 statement and release canceled $10,000 of student loans for those with income up to $125,000 for individuals and $250,000 for married couples. No statute gives the President authority to “cancel” debt across the board, as he did.

Many laws and/or executive orders are illegal or unconstitutional. You cannot simply ask a judge to declare a law to be unlawful. You must have standing; a real case where you allege existing or potential injury. Students receiving the loan cancellation aren’t going to sue; students not receiving the cancellation have no injury. Taxpayers and politicians have no standing to sue, either.

It is very difficult to find anyone who can lawfully challenge the president’s executive order, but there is one possible exception. The Pacific Legal Foundation recently filed suit claiming that their client, a student borrower, would be taxed by the state of Indiana for discharged debt. I wish them all the luck in their endeavors.

The current Illinois AG Kwame Raoul recently settled a lawsuit against the student loan servicers for fraud associated with their collection techniques. The Attorney General has authority to enforce the consumer fraud statutes in Illinois. It is my theory that since the cancellation is unlawful and the collection agencies are mandated to honestly represent the correct amount due to the borrowers, any statement that they owe the reduced amount would constitute a material misrepresentation of fact, i.e., fraud. Student borrowers will incur extra interest and penalties if they follow the misrepresentation of the collection agencies.

The people of Illinois deserve to know whether my opponents intend to prevent fraud by the student loan servicers.

Learn more about the candidate and his platform at: https://danrobin4ag.org/

Donations to Dan Robin for Attorney General can be made here: https://danrobin4ag.org/donate.

Robin is also available for interviews and media appearances.

About Dan Robin for Attorney General:

Daniel K. Robin of Schaumburg is an attorney with 45 years of experience. He is running for Attorney General to make Illinois into a refuge of liberty. He is also the author of “Libertarian War on Poverty: Repairing the Ladder of Upward Mobility” (ISBN: 978-1470158484) which explains how freedom is a weapon in the war on poverty. His loves are his wife, his son, tennis, biking and gardening.

— Paid for by the Committee to Elect Daniel Robin, Attorney General. —

Publication/syndication of this press release does not imply an endorsement of any candidate.

This press release was issued on behalf of the news source, who is solely responsible for its accuracy, by Send2Press Newswire. To view the original story, visit: https://www.send2press.com/wire/dan-robin-attorney-general-candidate-in-illinois-offers-best-possible-challenge-to-president-bidens-student-loan-forgiveness/