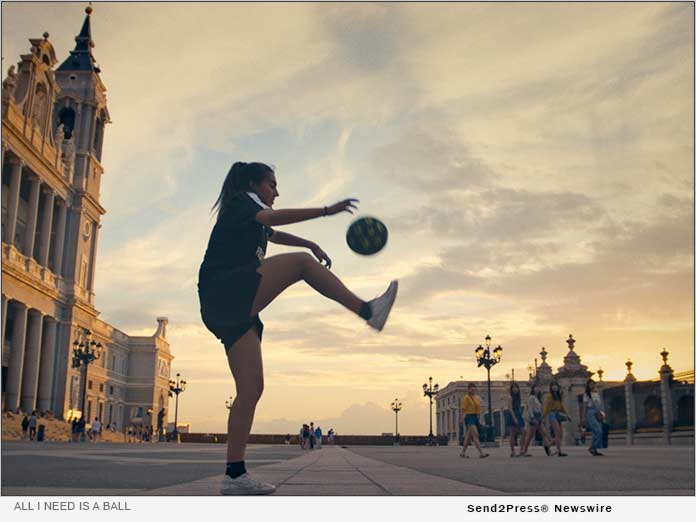 * Registration is free of charge through http://www.cortocircuito.us/

* Award-winning short films from festivals around the world

For the first time, CortoCircuito Latino ShortFest and CortoCircuito Cali will take place at the same time in digital form, streaming simultaneously in four US states (New York, New Jersey, Connecticut, and Texas) and in the department Valle del Cauca in Colombia. In an environment of healthy social distancing, viewers will be able to access films unavailable on other platforms and conversations that seek to build bridges of understanding and inclusion by registering for free at http://cortocircuito.us/2020/

“During these years the two festivals have brought films of interest to the NY and Colombian publics in their fundamental mission of creating spaces that connect stories and their viewers through a dialogue that promotes coexistence, recognition of the other, and inclusion. In this version, termed CortoCircuito: Home Edition, the goal is to present moving stories of high quality emblematic of the motto Empathy: in the place of the other,” said Diana Vargas, director and co-founder of CortoCircuito.

CortoCircuito wants to pay tribute to Cuban director Diana Montero, who recently passed away, with the special presentation of her award-winning documentary Abecé.

The festival opens on Tuesday, November 10th at 7 p.m. with the program And the Winner is…, a collection of short films from Latin America, Spain, and Latinos in the U.S., produced in the last two years and awarded at some of the most important film festivals in the world, such as Cannes, Berlin, Guadalajara, Cartagena, and San Sebastian. Among these are Carne (Brazil), La capa azul (Puerto Rico), Suc de Síndria (Spain), El tamano de las cosas (Colombia), Infinite While it Lasts (Brazil), Victoria (Honduras).

The panel The Joys and Difficulties of Making a Short Film will take place on Wednesday, November 11th, at 4 p.m., in which experts from different areas of film production discuss the secrets and tricks filmmakers face while making a short film. The panelists include Alex Lora (Spain), who has won at festivals like Guadalajara and Berlin, and a Goya and Guadí award, and Alberto Ferreras (Spain/Venezuela), who has won at festivals including OutFest, Seattle and is the creator of the series Habla on HBO.

On Wednesday, November 11th, 7 p.m. the festival continues with The Peculiar Side of Life, short films guided by ideas of migration and belonging, and the knowledge that each of us has a story worth seeing. Films shown will talk about recognition of the other, their values and their differences. In Colombia and Valle del Cauca, a new cultural and social phenomenon is being experienced- that of massive immigration. People are arriving from different social and geographical spaces who go on to occupy a place in Valle del Cauca society, altering the everyday relationships of its cities and inhabitants. These are some of the films shown: Insilios (Argentina), Ayataki (Peru), Estas allí? (Espana), La Cachera (Colombia), Ruido (Chile), Amnestia (Brazil)

Thursday, November 12th, 10 a.m. and 4 p.m., the festival continues with We, the others… family, diversity, coexistence, a program for the whole family focused on finding concepts of empathy and inclusion through stories. Empathy comes from the Greek words that translate to “inside him” and “what he feels”, although its real meaning is the primordial ability to put oneself in the place of the other. This program will be put on with the participation of entities such as Instituto Nacional Penitenciario y Carcelario (INPEC), the Prison Complex of Jamundí and the Agustín Nieto Caballero public school, among others. The program includes the films: All I need is a Ball (Espana), 11:40 (Argentina), Zapatos y la mágica aventura de su creacion (Colombia), Calvario (Espana), La Cachera (Colombia).

At 6 p.m. on Thursday, November 12th the short films in FeminiStories seek to address the different views of women from a perspective of gender as a cross-sectional element that pushes for both men and women to take action to achieve universal equality. The idea of this program is to open an inclusive dialogue regarding themes that are of interest to not only women – these films aren’t simply made by women or about women, but rather deal with achieving inclusion from a feminine perspective. Some of the movies that will be seen are: La abuela del ano (Mexico), Baile (Brazil), La vendedora de Lirios (Argentina), Yun (Chile), Track (Spain). FeminiStories will be realized with the participation of the Political School for the Journey of Peace and Gender Equity, and concludes with Is there a female cinema? Stories of women or for women, a panel discussion at 8pm with renowned Argentine filmmaker and actress Ana Katz, Mexican author Carmen Boullosa, and Mexican director and winner of prizes at Havana and Guadalajara Olivia Luengas.

On Friday, November 13th at 6:30 p.m. (NY) and 7:30 p.m. (Cali) the festival closes with two programs: Latinos in the House and Pacífico en Movimiento, aimed at giving visibility to the works of local directors from New York and the Colombian Pacific (Valle del Cauca, Cauca, Narino, Choco); and, as is tradition, the programs close with a discussion with the filmmakers. These are the movies selected: Algo en que creer (U.S.), WTNY (Spain-U.S), Today You, Tomorrow Me (U.S.), Panadero (Dominican Republic-U.S.), Quedé a la orilla (PanAmerican), Ombligada (Tumaco), Poetisas del Perdon (Buenaventura), Miguel el pegajoso (Cali), Totalmente yo (Cali).

Where and how can I watch these programs?

The films will be available free of charge for viewers who register at www.cortocircuito.us, and who are located in the US states of NY, NJ, CT, and TX, and the Valle del Cauca department in Colombia. All foreign-language films will be subtitled in English and Spanish. Each function will have a viewing window of two hours and be restricted according to geographical location. In addition to the streaming of films, an event narrative will be woven through the festival’s social media accounts (Facebook and Instagram) in the days leading up to and during with details of the programming, interviews, news, curious facts about the films and their directors, and forums that invite viewers to give their opinion.