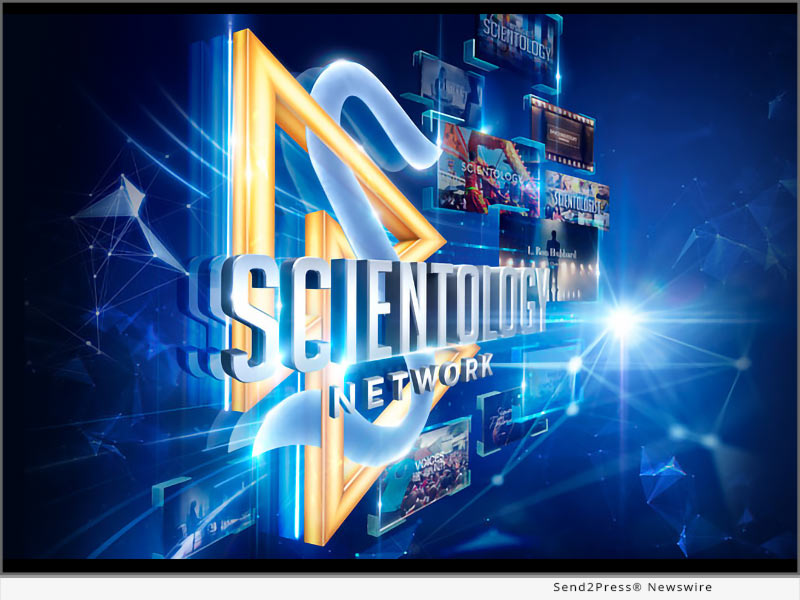 HOLLYWOOD, Calif., Nov 21, 2022 (SEND2PRESS NEWSWIRE) — Curious about Scientology? In honor of World Television Day November 21, with the UN noting the increasing impact of the medium on the lives of people everywhere, the Church of Scientology welcomes viewers to satisfy their curiosity about Scientology and learn the truth about the world’s youngest major religion.

Every six seconds someone searches the question “What is Scientology?” And the Scientology Network answers this question by taking viewers behind the scenes to Scientology Churches on six continents, Church management, its publication and dissemination facilities, and humanitarian outreach centers and programs.

The network launched in March 2018 with a special introduction by Scientology ecclesiastical leader Mr. David Miscavige.

“You’ve probably heard of Scientology,” said Mr. Miscavige from the atrium of the Church of Scientology spiritual headquarters in Florida. “There’s a lot of talk about us. And we get it. People are curious. Well, we want to answer your questions, because, frankly, whatever you’ve heard, if you haven’t heard it from us, I can assure you, we are not what you expect.

The Network debuted, airing 24/7 in 17 languages on DIRECTV channel 320, with an array of original series, also available at Scientology.tv, and streaming through mobile apps and via the Roku, Amazon Fire and Apple TV platforms:

* Inside Scientology — a behind-the-scenes look at the religion-its international spiritual headquarters and cutting-edge publishing houses, what happens on a typical day at a Church of Scientology, and the meticulous, painstaking efforts to preserve 75 million words of Founder L. Ron Hubbard’s religious writings and recordings for future generations

* Meet a Scientologist — an in-depth look into the lives of individual Scientologists from the frontiers of modern art, science, sports, entertainment and many other professions and interests

* I am a Scientologist — featuring hundreds of Scientologists from every corner of the world and every imaginable occupation, giving personal accounts of how their lives have been enriched by the religion

* Voices for Humanity — brief documentaries introducing change-makers of all faiths, cultures and nations as they extend help to their communities through Scientology-sponsored humanitarian programs

* Destination: Scientology — bringing viewers inside Scientology Churches, showcasing the diversity of the Churches and the cooperation that weaves every Church of Scientology into the local community fabric

* L. Ron Hubbard: In His Own Voice — a unique series chronicling L. Ron Hubbard through autobiographical vignettes in his own words and in his own voice. Scientology is the only major religion with the voice of its Founder intact, recorded in public lectures delivered over the course of a quarter-century.

* L. Ron Hubbard Library Presents — with films exploring the beliefs and practices of the Scientology religion through the groundbreaking writings of its Founder.

* Citizens Commission on Human Rights — an ongoing investigative series featuring the global advocacy organization taking on powerful, well-funded psychiatric interest groups to educate the public on abuses of psychiatry. These documentaries expose the truth about the marketing of psychotropic prescriptions, the dangers of those drugs and the industry’s terrifying history

The second season saw the addition of:

* Documentary Showcase — because fundamental to Scientology is its humanitarian mission that extends to some 200 nations with programs for human rights, human decency, literacy, morality, drug prevention and disaster relief. For this reason, the Scientology Network provides a platform for independent filmmakers who embrace a vision of building a better world.

The network also airs films on the beliefs and practices of the religion, answering questions about its philosophy and technology. These include:

* Scientology Principles — questions are answered about the most basic tenets of Scientology, explaining the fundamental beliefs and core truths of the religion.

* Scientology: The Fundamentals of Thought — presenting the basic theory of Scientology from the book of the same title-highlighting discoveries that enhance every aspect of life, the mind and the spirit.

* The Problems of Work: Scientology Applied to the Workaday World — with the technology to resolve problems to not only bring stability to the workplace but to return joy to life itself.

* The Way to Happiness — L. Ron Hubbard’s moral code and common-sense guide to living, universally applied to anyone regardless of religion or cultural background. Brought to life on film, The Way to Happiness is the moral code Scientologists and millions of others abide by each day. The book has been translated into 115 languages and distributed to more than 120 million people worldwide.

* 21 short films titled “Common Sense for Life” depicting the precepts of The Way to Happiness.

With all content broadcast and streaming in 17 languages and viewed in 240 countries, what better time than on World Television Day to find real answers to the question “What is Scientology?” And benefit from the answers.

This press release was issued on behalf of the news source, who is solely responsible for its accuracy, by Send2Press Newswire. To view the original story, visit: https://www.send2press.com/wire/celebrate-world-television-day-with-a-visit-to-the-scientology-network/